Homebliss – The Hippest community for Home interiors and Design Pomegranates In Feng Shui? Yes, You Heard That Right! - homebliss Homebliss
Skip to content 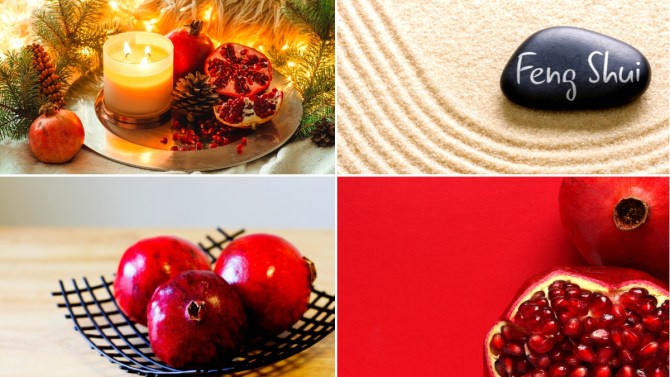 Fruit may not be the initial item that comes to mind when encountering the term ‘Feng Shui.‘ In order to encourage a closer relationship with nature and its cycles, Feng Shui practitioners frequently introduce symbols of nature, such as greenery and fruits, into a home. This link to nature is one of the fundamental principles of Feng Shui. The word Feng Shui translates to ‘wind’ and ‘water,’ which signify how vital these natural forces are to human survival. 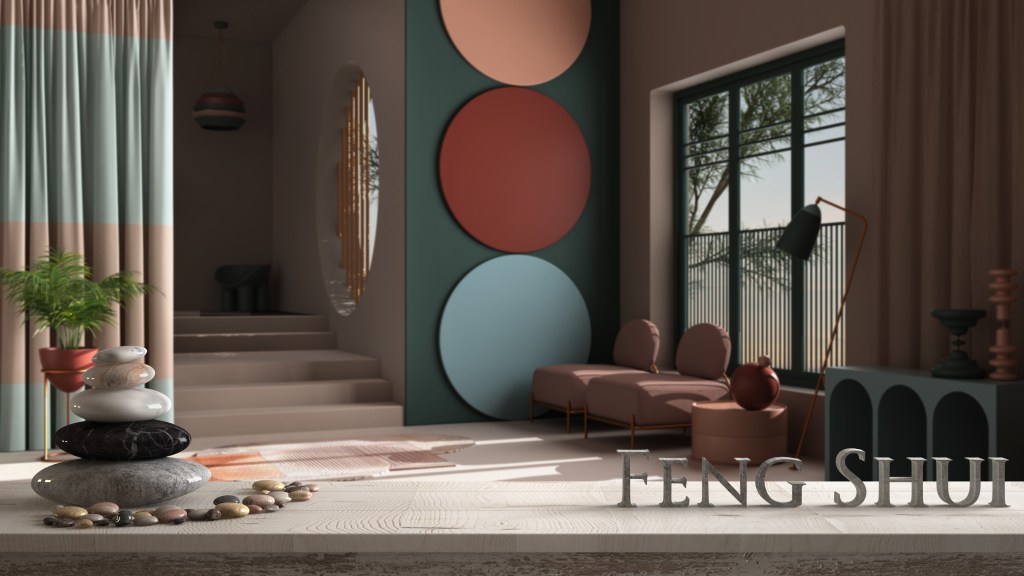 Keep reading this blog to find out the pomegranate’s importance in Feng Shui and how to use it in your home. 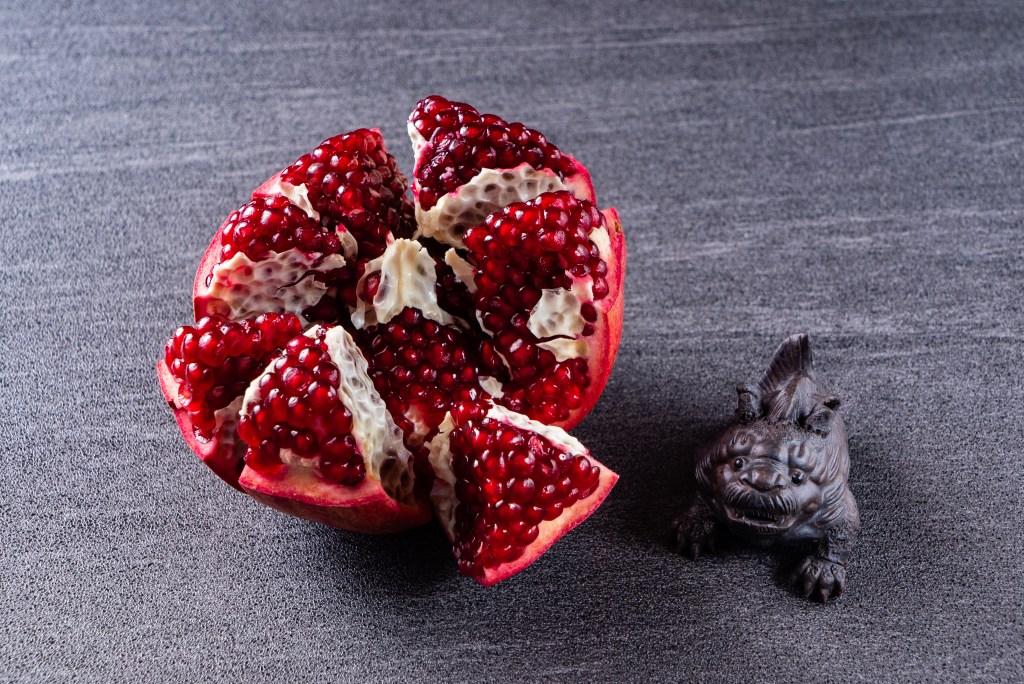 The pomegranate is an auspicious Feng Shui symbol because of its color and plenty of seeds. It frequently appears in Chinese and Asian art motifs, occasionally next to other significant symbols from nature.

As it is the color of vitality, red is considered the most auspicious hue in Feng Shui. We can experience its liveliness just by taking in the color of the pomegranate seeds and the fruit. Its hue is so vivid that dyes can be created with it. Pomegranate is also considered a superfood, full of healthy nutrients and therapeutic properties.

The Symbolism of the Pomegranate 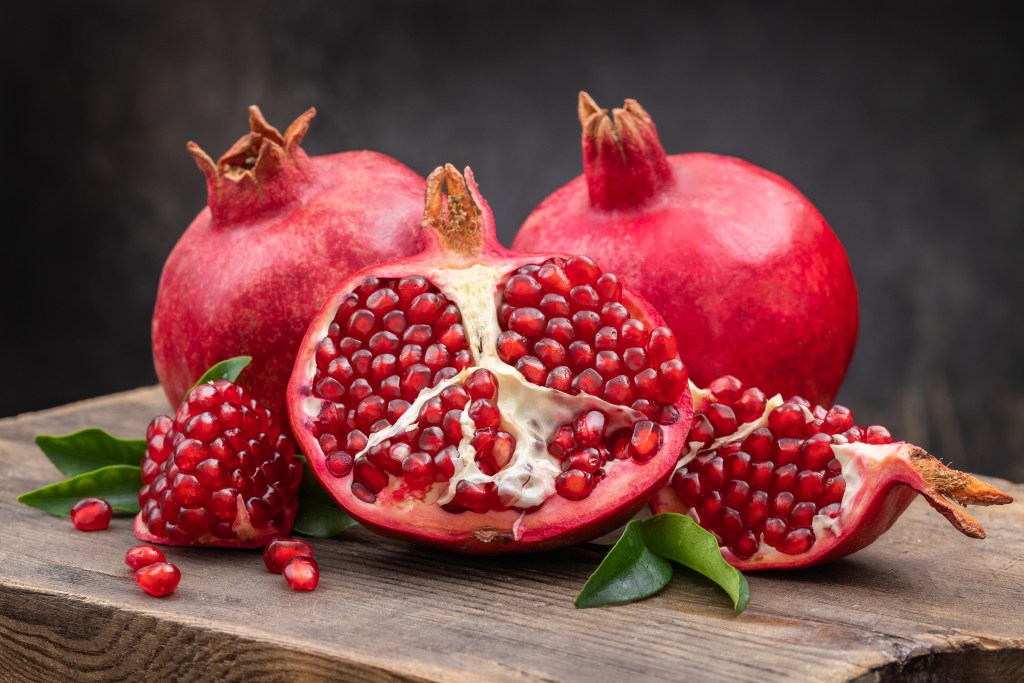 Pomegranates are red, circular fruits, and if you’ve ever sliced one open, you know that it’s filled to the brim with colorful, gem-like seeds. Pomegranates are associated with fertility and good fortune for many successful offspring because of these seeds. This can relate to ventures, concepts, qi (energy), or the effort you bring out into the world. It can also refer to children or human descendants. It may also represent chances to leave a lasting impact. This fruit holds seeds that can produce more fruit, creating a circle of life and rebirth.

Fruit is easily accessible today in supermarkets, but in ancient times when Feng Shui was originally formed, the fruit was costly and precious. There weren’t many options for finding sweetness back then. Due to their high value, pomegranates were used as offerings at Buddhist temples. Pomegranate, apple, and peach frequently form a triad in Chinese iconography. The pomegranate symbolizes having many offspring, the apple a satisfied and tranquil existence, and the peach a long life. Pomegranates and goldfish, another lucky symbol, are commonly seen together.

Pomegranate and Its Placement As Per Feng Shui 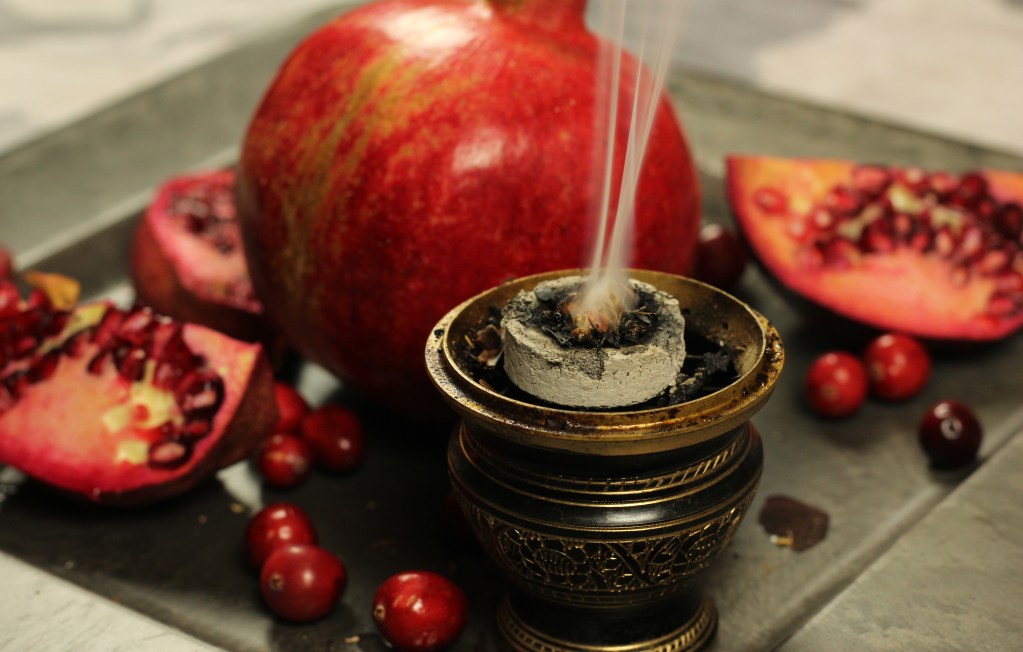 Pomegranates are commonly displayed in homes to promote childbirth without major issues and the desire to have children. Therefore, it should only be used in living rooms in homes with just a couple residing there. This concept refers to artwork that uses chopped fruit in paintings, patterns, or sculptures.

Uncut pomegranates should be displayed in the living rooms of large families. They can be exhibited in the bedrooms of a couple trying to get pregnant. Due to the fruit’s connection to childbirth, it is also possible to place them in the sections of the Ken and Tuitrigrams, which correspond to the northwest and southeast corners of the home, respectively. However, because the fruit is associated with boys rather than girls, placing it within the Ken trigram position is often seen to be more effective in accessing the pomegranate’s power than the Tui location. If you have a glimpse of a rich, flower-filled garden outside the window, the vitality of the fruit is significantly amplified.

Pomegranates are believed to bring happiness to the family and are a positive sign for your future offspring. This fruit is prescribed for wedding couples in China mostly as an artwork or decorative object since it is believed to bring the pair good fortune and healthy offspring. To know more about Feng Shui tips, check out our blogs at homebliss.in.