Homebliss – The Hippest community for Home interiors and Design Before You Plan Your Open Kitchen: A Few Things To Think about - homebliss Homebliss 
Skip to content 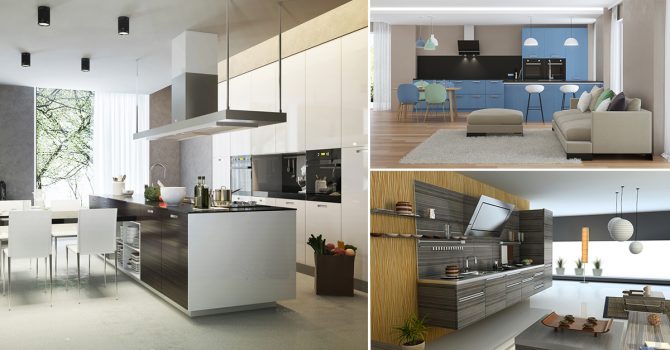 An open kitchen, a modern-day invention and fairly new to the Indian subcontinent, but fast becoming almost the norm, fluidly integrates the living area and the kitchen with furniture and décor mostly serving as a divider between the two areas. 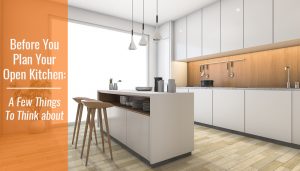 Opening up your kitchen, does open you up to a lot of possibilities, especially with the space-crunch that almost all of us operate under. It doesn’t just help keep your kitchen uncluttered, it also visually expands your living space. What’s more, it put on display your snazzy new kitchen cabinets and accessories. And most importantly, makes cooking a pleasure by ensuring that you aren’t cut off from the rest of the household while you cook. You can entertain your guests, watch TV or enjoy time with your family, while you’re cooking.
But let’s have a look at a few important things that you’ll need to think of before you plunge into the creation of your open kitchen!

1. Be Consistent With The Overall Design 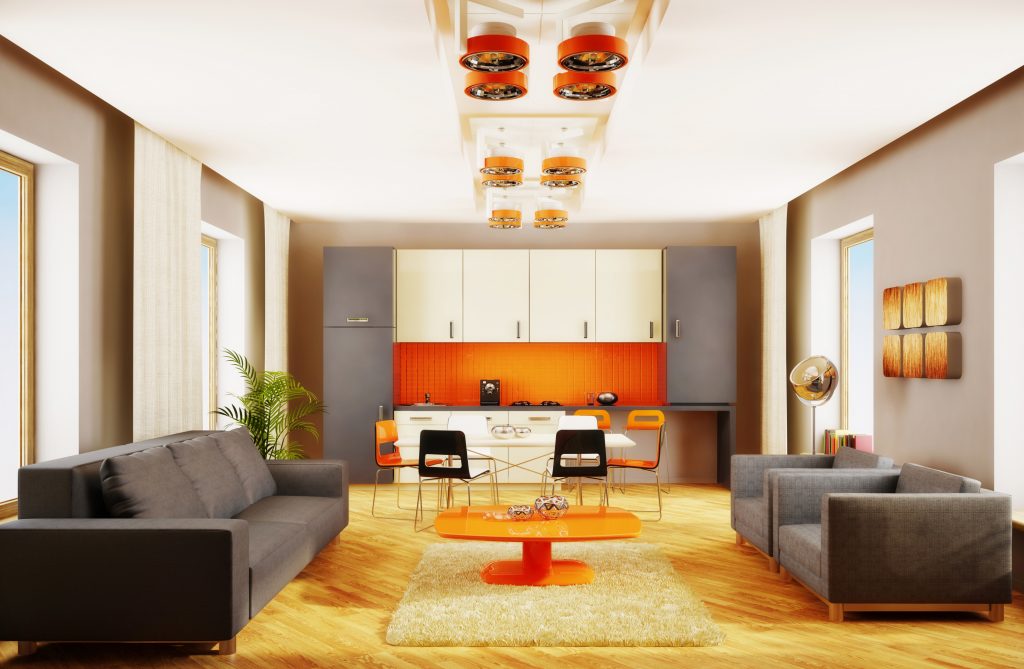 In an open set-up, your kitchen has to blend in seamlessly with the rest of the space around it, and not feel jarring on the eyes with a contrast of colors or styles. If your interiors are monochromatic, for instance, continue the same theme in your kitchen as well, for a coherent look.

2. Use Furniture To Separate Spaces 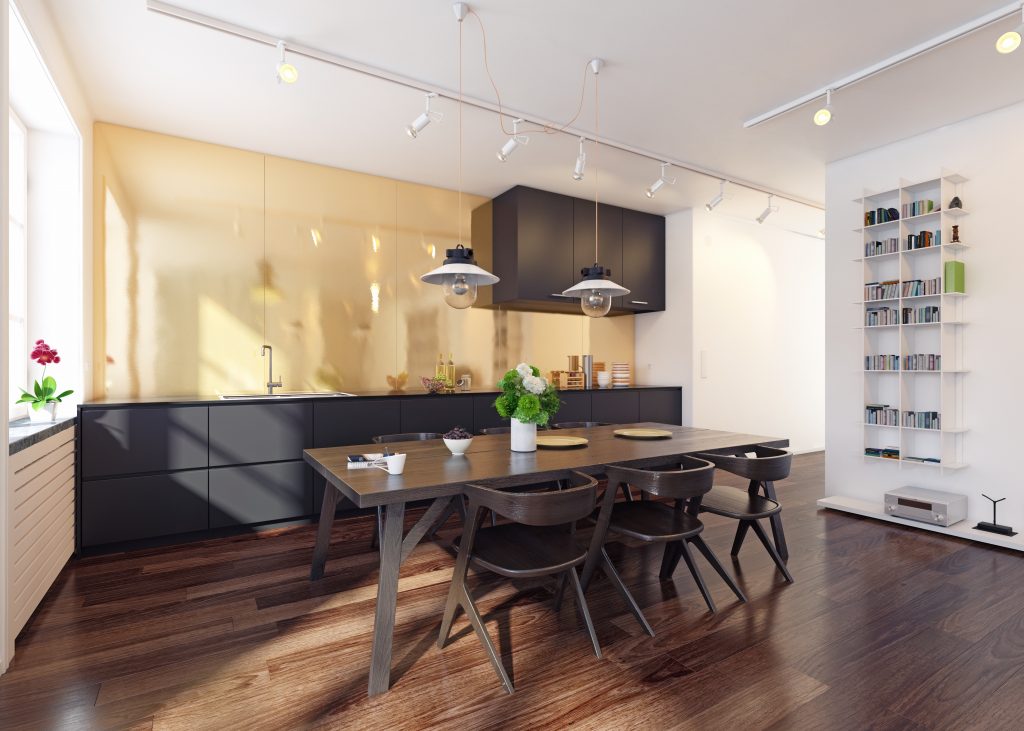 Having an open kitchen doesn’t have to mean that your kitchen becomes a part of your living area. You can use visual elements to create a separation of sorts between the living area and your kitchen and dining area. You could decide to do this by placing furniture as a divider, employing a change in the color of the flooring and the ceiling or just by setting up a kitchen island, if that’s part of your plan.

3. Think About The Island 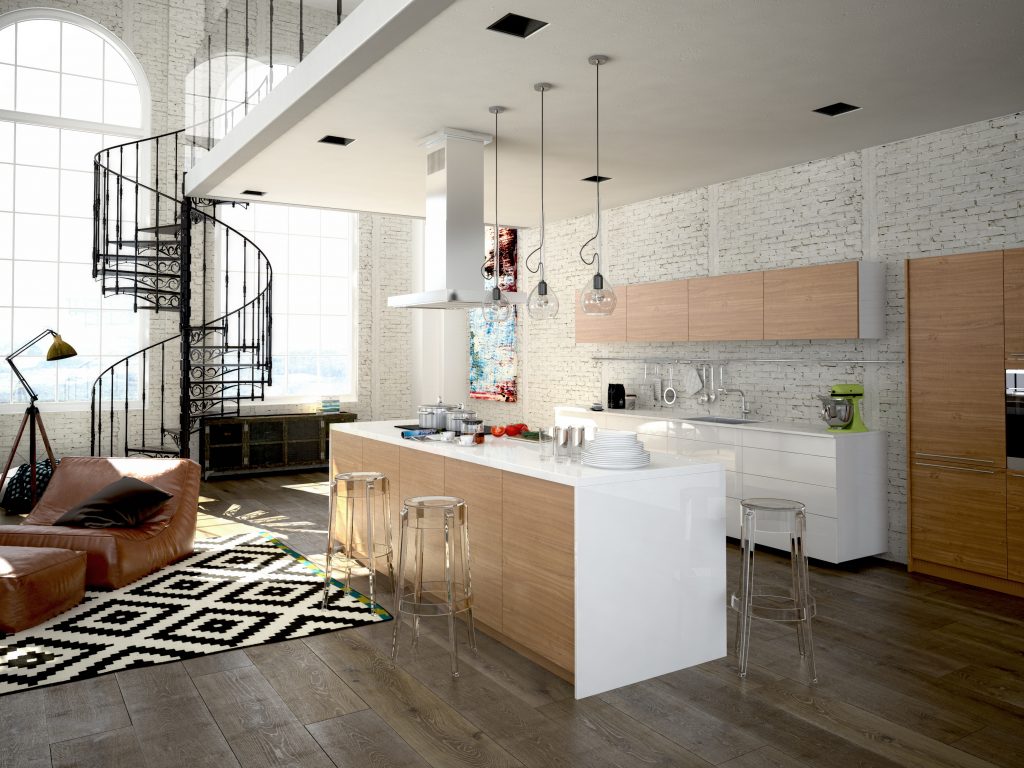 The island usually occupies the space between the kitchen and the living areas, with your cabinets and countertops on one wall and the island opposite this wall. The way you design your island depends on what you would want it to function as. You can decide to build it with in-built storage or for it to double up as a dining area, obviating the need for a separate dining space. It’s usually a good idea to avoid installing a sink in this area if you plan to use it as a dining space or even a breakfast nook.

4. Will An Open Kitchen Work For You? 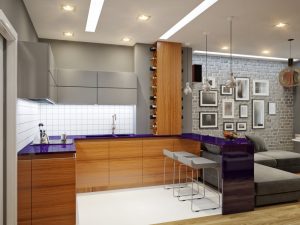 This is the most important thing to think about when you begin to think about an open kitchen. Do you really want an open kitchen? Or is it just the idea that fascinates you? Are you someone who’s okay with the idea of having people getting an open view of your kitchen? Or do you prefer to work in the privacy of your space, away from distractions and interruptions?
You’ll also need to involve you family in this discussion, and take into account, their habits as well. And think this through. It’s a big decision after all! 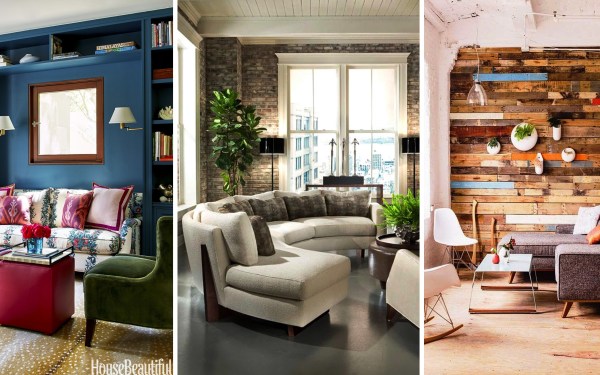 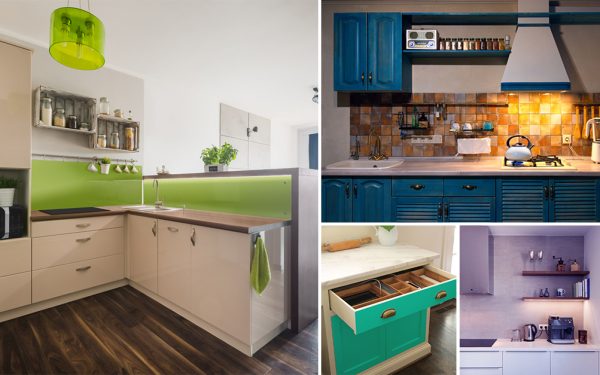 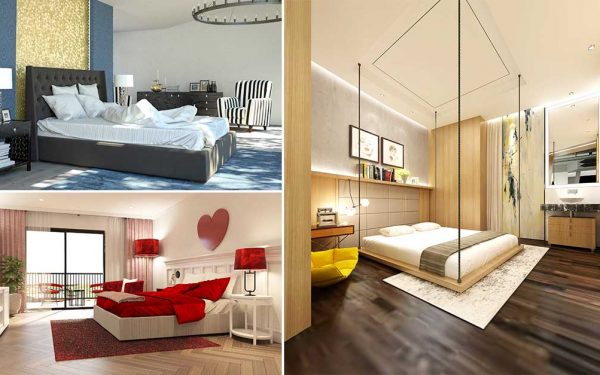 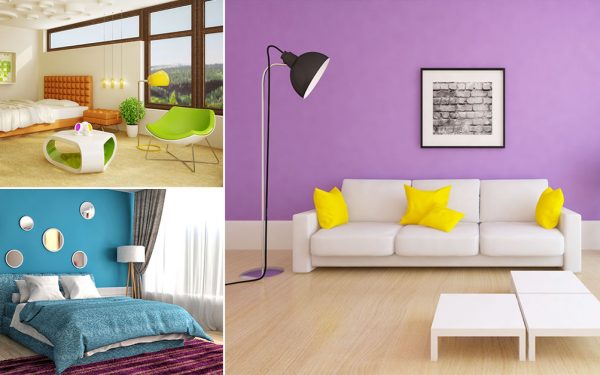 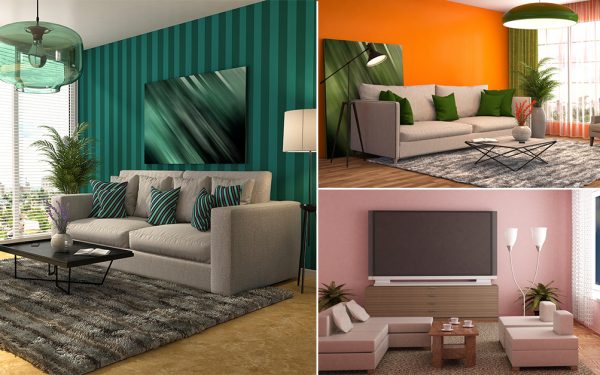